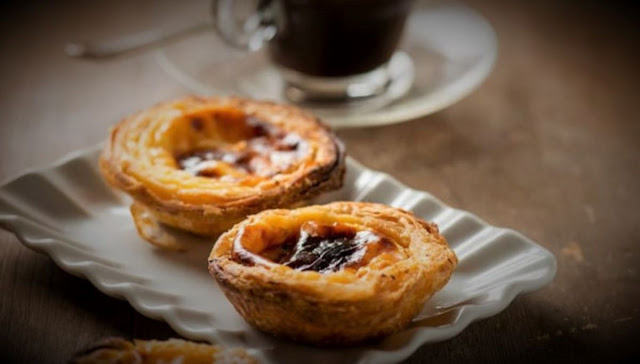 Why pastel de nata is so good

Pastel de nata is a typical dessert from Portugal, but little known abroad and it is a shame as it is truly delicious. This dessert is able to compete with the best Italian pastry, including that of southern Italy (which could be a reference, given the presence of the pastry). Those who try pastel de nata for the first time are surprised. First of all, because it is simply delicious, secondly because, at a first taste, it is impossible to guess its ingredients. The real strength of pastel de nata is, in fact, its particular cream, which is the result of many expertly matched ingredients.
It is rare to find a pastry shop in Italy that knows how to make pastel de nata. They are found, as it is right that it is being a typical product, almost exclusively in Portugal and in some areas of Spanish Galicia. However, nobody forbids you to make them at home. Also because the recipe is not that complicated and the ingredients are quite available. The crucial stage of preparation, of course, is the creation of the cream. Paradoxically, the most complicated is cooking in the oven: in order for the pastel de nata to be perfect, cooking must be finished at a specific moment, that is when the surface has become dark, but not completely.

The role of the Accadì cream

The secret of the pastel de nata recipe that I propose today, a variant that differs slightly from the original, is the use of Accadì cream from Granarolo. It is a cream made exclusively with Granarolo milk, which is one of the best in circulation, the result of an approach aimed at recovering contact with tradition and the territory, which follows 100% organic production processes. A very good cream, which lends itself to the most varied preparations. And yes, even to those typical of other culinary traditions such as pastel de nata, national desserts of Portugal. 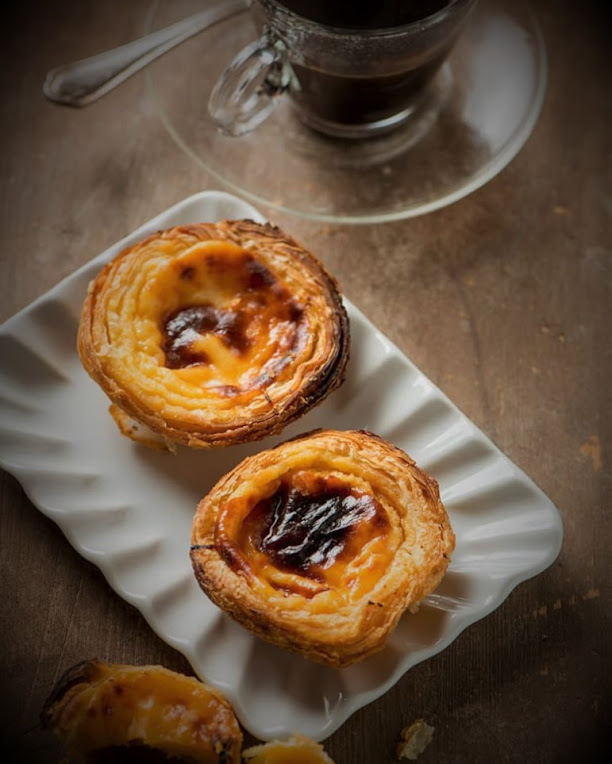 However, the Accadì di Granarolo cream has another peculiarity, in fact, it does not contain lactose. This makes it consumable (and makes pastel de nata consumable) even for those suffering from lactose intolerance, a disorder that is characterized by a dramatic incidence and which can drastically lower the quality of life. The lactose extraction process, I want to clarify, does not follow chemical or markedly industrial dynamics, but the tradition. Therefore, it does not alter in any way the flavour, which appears genuine and faithful to the normal variant, and its organoleptic qualities. So, be on the safe side and make the pastel de nata with Accadì cream.

What is cornstarch and what are its nutritional properties

If you have searched the list of ingredients, surely your curiosity will have been captured by cornstarch, a food that few have heard of. From the name, it seems almost an exotic ingredient, perhaps found mainly in Portugal, perhaps responsible for the particular taste of pastel de nata. But no. Cornstarch is simply a type of corn starch. In particular, it is a starch obtained from the inside of the grains, which are precisely rich in corn. Like all starches, it is used to make sweets softer as a thickener. A key feature, since the presence of the puff pastry, could make this cake excessively crunchy.
This does not mean that cornstarch has its nutritional properties anyway. It is primarily gluten-free, therefore it can also be consumed by those intolerant to this substance and by celiacs. It is also a very low glycemic index food, therefore it is compatible with the dietary regimens of diabetics. The cornstarch also boasts soothing and emollient properties. Obviously, these properties often go into the background since it is used, as already specified, exclusively as a starch, especially in confectionery preparations (which must be characterized by a certain sweetness). The cornstarch, although not well known, is still easily available.
You may be interested to read calzone dough no yeast recipe/ Steak Cod with Tomato and Olives recipe.

Here is the recipe for pastel de nata:

To make the pastel de nata, start by preparing the cream. Pour the whole eggs, sugar, organic lemon zest, cinnamon into a bowl and mix. Also add the cream and milk, mixing thoroughly to avoid the formation of lumps (or to dissolve them). Transfer the cream to a saucepan and cook until it thickens, then let it cool. Now take care of the pasta.
Roll out the puff pastry, cut out the discs with glass and, with these, line the muffin moulds. Remove, simply by cutting it, the puff pastry that overflows from the moulds. Place the cream in the moulds and equalize it. Bake in a preheated oven at 250 degrees for a quarter of an hour, or at least until the cream appears slightly dark. Leave to cool and sprinkle with a mixture of icing sugar and cinnamon.