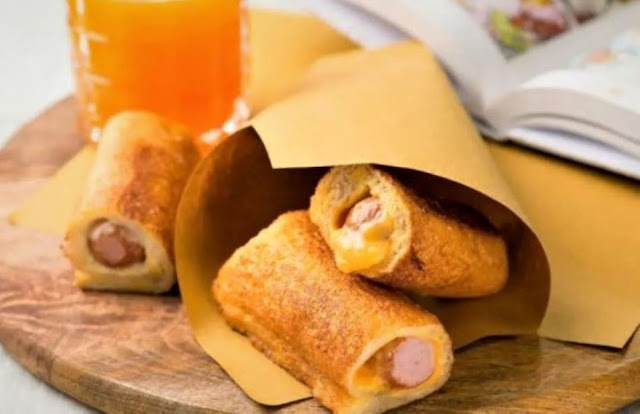 Sausage and cheese cannoli, simple ingredients for a delicious appetizer

The sausage and cheese cannoli is a simple but ingenious idea for an appetizer that knows how to conquer the palate and sight. They have a soft and colourful appearance, as befits – among others – the moments of carefree children. Also, for this reason, I recommend these sausage and cheese cannoli for special occasions, such as children’s parties. Among other things, the recipe is very simple, ready in a few minutes, and is made with a handful of easily available ingredients. In its own way, it is also a nutritious snack, in fact, there is no shortage of carbohydrates, provided by sandwich bread, and proteins, provided by cheese and frankfurters. There is also a certain amount of fat, but we still speak of moderate quantities.
As for the recipe, it is definitely child-proof. It is sufficient to flatten the bread so as to give it the appearance of a sheet of pastry, then lay the slices of cheese and sausage and finally roll it to form small cylinders. I also recommend brushing with a little beaten egg before baking and letting it rest in the refrigerator for half an hour before cooking. Another tip is to serve them hot when the cheese is still stringy and therefore even more pleasant on the palate.

The ingredient that makes this recipe make the quantum leap

The real added value of the sausage cannoli is represented by the cheese. Also because it is not just any cheese, but the Bavarian sliced ​​Bayerland Emmental. It is a quality product that combines practicality with taste. It is in fact packaged in convenient trays, already sliced ​​and ready to stuff sandwiches or slightly more complex preparations (as in this case). The size of the slices is 10 x 10 cm and leaves room for all possible and imaginable applications. Why should you choose Bayerland Sliced ​​Bavarian Emmental? Simple, it is one of the best Emmentals around, made from the milk of cows raised in the Bavarian Alps. This is a detail that is felt on the palate. 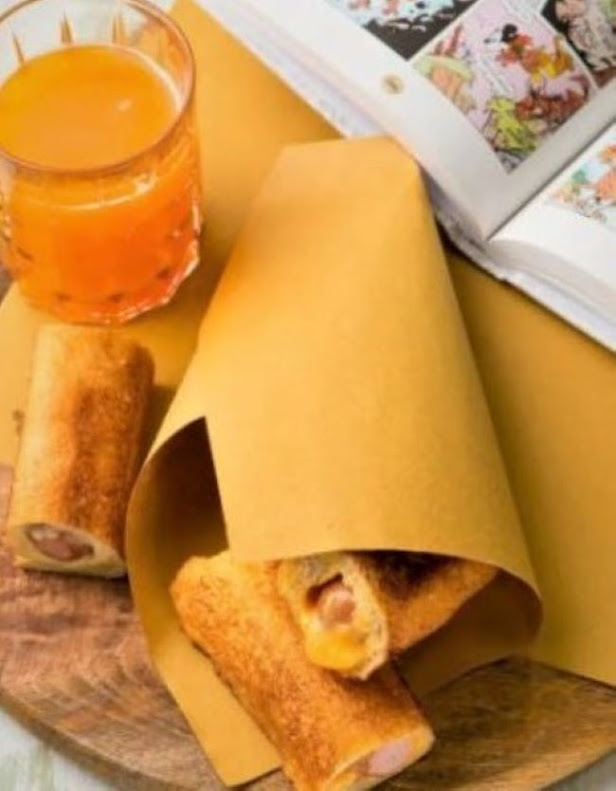 The sausage and cheese cannoli is a very “practical” and simple recipe to make, you can also notice it from the treatment reserved for the cheese. Quite simply, a slice of cheese must be placed in each sandwich, which will then be rolled up to form these characteristic cannoli. A quick solution and certainly able to offer a lot on the organoleptic level.
You may be interested to read Oatmeal Yogurt cups recipe/ Spicy tuna couscous recipe/ White melon jam recipe.

Frankfurters, a tasty but poor in nutritional properties

The sausages, used in our cannoli, are among the most widely used sausages, both for their practicality and for their flavour. However, there are some prejudices around this type of sausage, which somehow compromise its reputation. In particular, frankfurters are accused of hurting the body and causing pathologies in the long run. But is it really true? Should sausages be avoided? If so, obviously I would not have included them in a recipe. The truth is that frankfurters, just like any food, can be eaten safely, as long as you don’t abuse them. Also because it is true that they are on average fatty, in fact, 100 grams of product bring 250 kcal, of which 20% is composed of lipids. Proteins, at least compared to other sausages, are quite small, that is, they make up only 13% of the total.
The problem with frankfurters is its quality. There are good quality sausages, which in addition to nutritional poverty have no other defects, but there are also poor sausages, rich in preservatives and other unhealthy substances. The advice, however, is to grant the sausages to their children in a moderate way and to always buy only quality sausages. I also recommend that you opt for white meat sausages, which are slightly healthier than pork. Chicken or turkey can be suitable for any type of preparation.

Here is the recipe for sausage and cheese cannoli:

To prepare the sausage cannoli, take a rolling pin and flatten the slices of bread until it forms a kind of thin sheet.
Place a slice of cheese on the slice of bread and a frankfurter inside, then roll gently.
Do the same until the ingredients are used up, then cover the rolls with plastic wrap and keep in the fridge for 30 minutes.
Now pour a whole egg into a bowl, beat well with a fork and dip the rolls just taken from the refrigerator.
Then pass the rolls in the Parmesan and bake for 15 minutes at 180 degrees. Serve them when they are still hot.