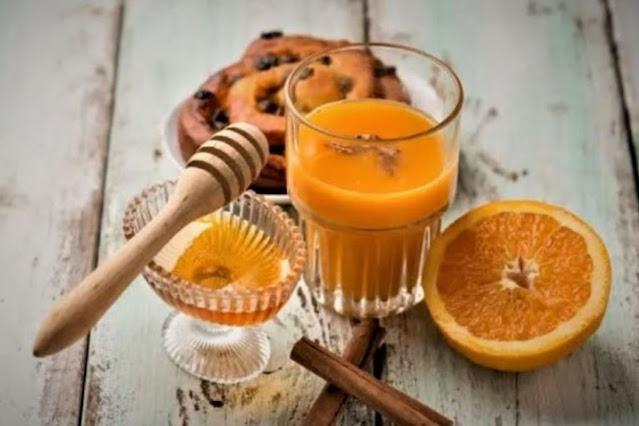 Why isn’t sea buckthorn and orange juice a cocktail like any other?

Sea buckthorn and orange juice is a very special cocktail from Special food, as it makes extensive use of “unusual” ingredients for a drink, and is based on a very sui generis combination of flavours. I specify that it is an absolutely non-alcoholic cocktail, therefore it can also be consumed by those who are not used to taking liquors or drinks containing alcohol. It is a cocktail with citrus flavours, but also distinctly sweet. To make it so, is the presence of honey, which is a formidable natural sweetener, and cinnamon.

The citrus component is given by orange, the fruit of a thousand properties and not sufficiently appreciated. With regard to orange, the content of vitamin C is often emphasized, which in fact is useful because it strengthens the immune system, but does not honour it with as much attention to the other elements. Above all, flavonoids, important antioxidants that intervene in particular on the regeneration capacity of the connective tissue. Same goes for terpenes, which act in anticancer function. Oranges also contain a lot of iron and high quantities of potassium.

All this is enhanced by very low-calorie intake, equal to just 34 kcal per 100 grams. Which type of orange to use for this cocktail? You are spoiled for choice, given the number of varieties that are grown (or imported) in Italy. I still recommend oranges with a not too sour taste, and if possible sweet. The classic clementines are fine, as they do not contrast the distinctly sweet taste of cinnamon and honey.

The secret of this sea buckthorn cocktail

The secret of this juice understood as a different cocktail than the other drinks is represented by the sea buckthorn berries. These berries can grow in a wide variety of habitats, even in arid areas and on the edges of deserts. Its plant, a particularly wild shrub, is content with little: the sun and very little water are enough. In any case, the thorny olive berries have a bright shade, ranging from yellow to orange depending on the degree of ripeness. The flavour is particular, distinctly acidic, but improves considerably if sweetened with other ingredients. On the other hand, this is precisely what happens, in this case, thanks to the presence (quite massive) of honey and cinnamon. 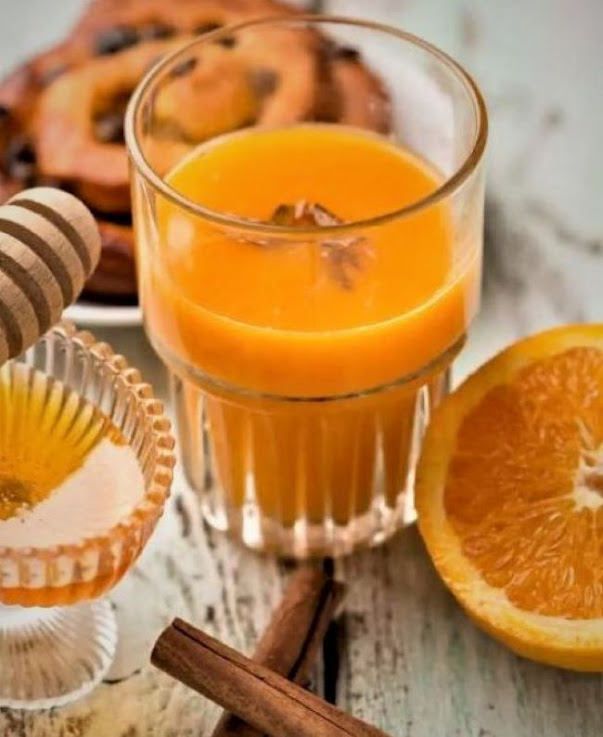 Despite the particular taste, sea buckthorn berries are valuable ingredients. They are in fact rich in vitamins, and in particular, in vitamins A, C, K, E and the vitamins of group B. They contain omega three, six and nine fatty acids, which impact positively and at various levels on the body. Sea buckthorn berries are also characterized by the presence of antioxidants and some particular properties: they protect the cardiovascular system, stimulate the immune system and facilitate metabolic processes. Finally, detoxifying and purifying properties are appreciated for sea buckthorn berries. There are several species of sea buckthorn, the most precious ones grow (spontaneously and not) in Greece. Particularly valuable are the berries from Meteore, a suggestive place in Thessaly, which is characterized by the presence of ancient buildings built on natural rock towers.

The unsuspected nutritional benefits of cinnamon

Cinnamon plays a fundamental role in the sea buckthorn and orange juice recipe. First of all, it gives an aromatic touch to the drink, rare for this kind of preparation. Secondly, it sweetens the juice in “collaboration” with honey, which in terms of sweetening capacity is second to none (including sugar). But it does not end here, in addition to being a palate spice, it is also an ingredient with a thousand benefits for the body. Indeed, from a certain point of view, it can also be considered a pseudo-therapeutic food (like many other spices).

What is particular about cinnamon in terms of nutrition? First of all, it is rich in antioxidants, which stimulate cell regeneration and help prevent cancer. It is also an antacid and as such, it is useful in case of gastritis and irritable colon. According to some studies, then, it carries out a neuroprotective activity, that is, it prevents or delays the development of neurodegenerative diseases. A certain impact of cinnamon has been demonstrated in the sugar absorption processes, which would make it a food fully compatible with the needs of diabetics. Finally, digestive and mildly anti-inflammatory properties are reported.

Here is the recipe for sea buckthorn and orange juice:

4 tablespoons of sea buckthorn berries of the Meteors;

To prepare the sea buckthorn juice, start by rinsing the berries under a jet of cold water. Peel the orange, then pour the pulp into the mixer glass. Also, pour the berries, then operate the blender until a homogeneous juice is obtained. Strain the juice through a strainer and pour it into a carafe, then add a little cinnamon, the water you have available and 3 tablespoons of honey. Mix well and serve.

Note for celiacs or gluten-sensitive:

Always check that the ingredients you use for the preparation of your recipes are suitable for coeliacs and people sensitive to gluten. Check the barred ear, the presence on the Association of European Coeliac Societies (AOECS) or the indications on the manufacturer’s label.

From the ministerial note: The word “delactosate” has been eliminated, as previously associated with the word “dietetic”. The term lactose-free may be used instead for dairy products and for milk with a lactose content of less than 0.1 g per 100 g or ml

Whether you are intolerant to food nickel, allergic to contact nickel or have been diagnosed with you SNAS there is no definitive cure and there is no way to eliminate this metal from a person’s life. To alleviate the symptoms it is necessary to follow a low nickel rotating diet and observe all the rules relating to cosmetics, detergents, pots and pans, suitable clothing etc.