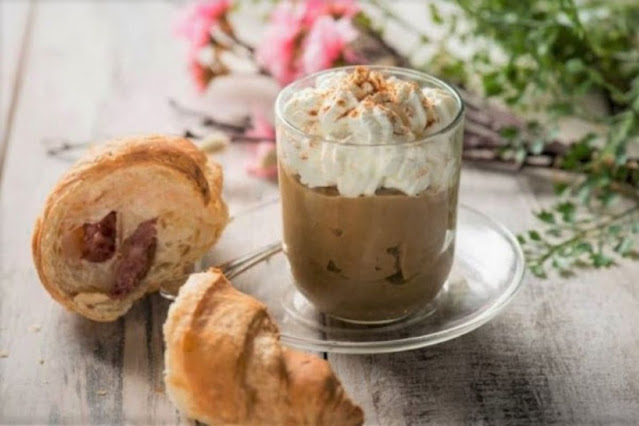 The lentil cappuccino is a creative, almost brilliant idea for a complete meal. It incorporates the shapes, colours and appearance of a classic breakfast with cappuccino and croissant. It is a way to amaze the guests and to make them try something new. The lentil smoothie replaces the coffee, the cream replaces the frothed milk, while the paprika replaces the cocoa. As for the croissant, this is made with puff pastry. Inside, however, there is not the classic jam or rather cream and chocolate, but cotechino.

Speaking of cotechino, some tend to avoid it because they are sure it is bad. But is it so? The reference is, in particular, to the amount of fat. There can be no doubt about this, cotechino is really rich in fat. However, it also has some advantages, above all the protein intake being still meat that abounds in proteins. The secret to enjoying cotechino in complete tranquillity is not to abuse it, consuming it in the right doses. The quantities suggested in the recipe for lentil cappuccino and cotechino croissant meet this requirement.

The secret of lentil cappuccino with croissant stuffed with cotechino

The secret of the lentil cappuccino with croissant stuffed with cotechino is also appreciable for the presence of two products: Accadì milk and Accadì di Granarolo cream. They are two products of the highest quality, made with the best raw materials. Moreover, at least compared to their competitors, they are less fat. In this recipe, the milk is used to sprinkle the surface of the puff pastry before cooking it, while the cream is whipped and inserted like milk frothed on the lentils. 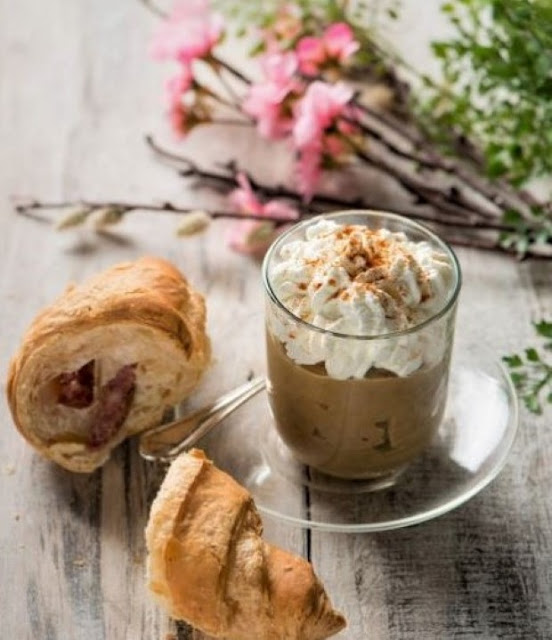 The most important feature of Accadì milk and cream lies in the absence of lactose. A feature that will certainly please those intolerant to this substance, which unfortunately there are many in Italy. The removal of lactose is the breakdown into glucose and galactose, which occurs through the application of the enzyme lactase. This operation does not alter the flavour in any way, the milk and Accadì cream is as good as their counterparts with lactose, indeed even better. Precisely for this reason, Granarolo once again demonstrates the company’s ability to meet the needs of consumers.

The nutritional properties of red lentils

The main ingredient of cappuccino with croissant stuffed with cotechino is given by red lentils, also known with the expression “Egyptian lentils”. They are characterized by their colour, which ranges from amber to bright orange. They have a lot in common with the classic black lentils we are used to, as well as most of the nutritional principles. Red and non-red lentils are appreciated for their protein content, which is nothing to envy to that of meat; indeed, in general, it is even superior. Lentils then provide some B vitamins and several mineral salts, primarily potassium, manganese and calcium. Plus, they’re really low in fat.

However, red lentils have three peculiarities: they have a characteristic colour, they are really low in fat and do not need to be soaked. These lentils can therefore be cooked immediately without waiting for long soaking periods. The result is spectacular and also very simple. The advice, however, is to respect the indications about the doses, also because it takes very little to upset the list of ingredients and find yourself with a different dish, which disappoints your expectations. Remember, even a small variation on the theme can completely upset the recipe.

Here is the recipe for the lentil cappuccino with a croissant stuffed with cotechino:

To prepare the cappuccino, cook the lentils in salted water. Then, following the cooking times suggested on the package, cook the cotechino too. Roll out the disc of puff pastry and, after obtaining 8 wedges, place a piece of cotechino on each of them and close to form a croissant. Give each croissant a nice brush of milk and bake in the oven at 180 degrees until golden. Now drain the lentils and blend them with an immersion blender adding a little pepper. Then pour the mixture into the glasses and fill them up to an inch from the edge. Finally, whip the cream and place it on top of the lentil smoothie. Sprinkle with paprika (don’t overdo it as it might pinch) and serve as if it were a breakfast! The idea is precisely to recreate a kind of cappuccino, or something similar to granita with cream. Of course, serve the glasses and croissants together.