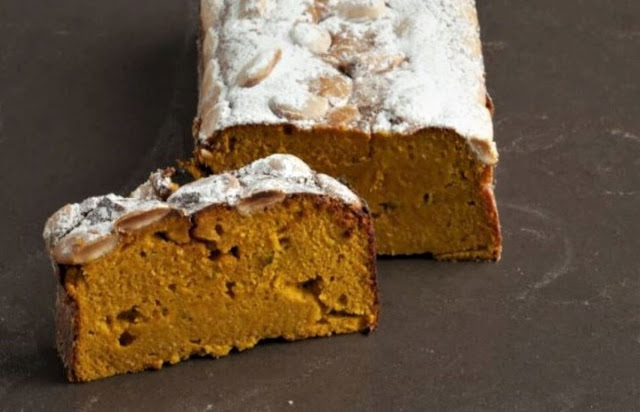 The pumpkin and almond cake dessert testify to the ability of Spanish cuisine to offer truly interesting recipes, which combine simplicity and taste and have nothing to envy to French and Italian pastry. In particular, this pumpkin and almond cake, whose real name is actually Armadì de Calabaza, stands out for its genuine but at the same time unusual flavour. The procedure is truly within everyone’s reach for a nutrient-rich and really tasty course.

The protagonist of this cake is obviously the pumpkin, a precious vegetable much appreciated for its flavour, its nutritional capacity and its versatility. Pumpkin is characterized by a very low caloric intake, enhanced by the presence of numerous nutrients. First, it is rich in beta-carotene, a substance that promotes the production of vitamin A. In addition, there are large concentrations of vitamin C, which helps to strengthen the immune system. As far as mineral salts are concerned, potassium, magnesium and, to a lesser extent, calcium are reported.

Pumpkin also contains many antioxidants, substances that support cell regeneration processes, counteract free radicals and act in an anti-cancer function. On the occasion of this recipe, the pumpkin is briefly baked in the oven, then cut into cubes and pureed. Finally, it is incorporated with the other ingredients, including flour, to form a soft and tasty dough.

The use of clarified butter for the pumpkin and almond cake

The ingredient list of the pumpkin and almond cake also includes butter. The advice is not to use any butter, but clarified butter. This variant is not widely used in Italy, but compared to the standard one it has some advantages. First of all, it is able to withstand high temperatures in an optimal and lasting way. The reason for this lies in the total absence of casein (a substance present in standard butter), responsible for an unpleasant smell of burning if subjected to high temperatures. 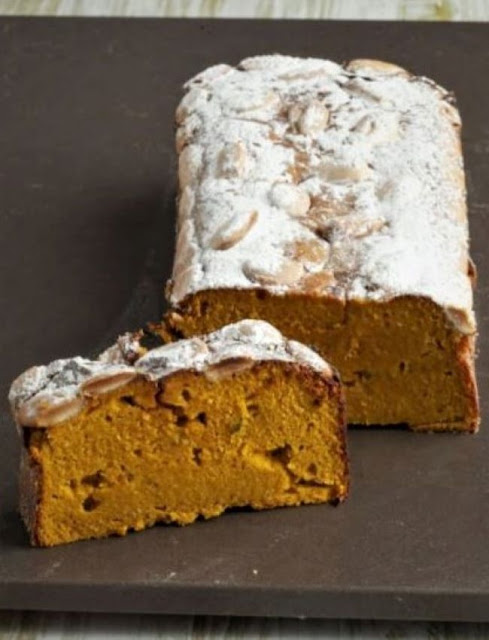 Furthermore, clarified butter is totally lactose-free, so it is compatible with the dietary regimes of those suffering from intolerances. The only flaw of clarified butter consists of an above-average calorie intake. However, it is enough to be careful of the doses to fully exploit the potential of this food without endangering the line. In this recipe, the clarified butter is intended to support the cooking of the dough, in fact, it is used to grease the pan.

The advantages of almond flour

I admit the recipe for the pumpkin and almond cake that I am presenting to you today is not exactly faithful to the original. In fact, I made a change in the dough. Instead of double zero wheat flour, the ingredient list includes almond flour. This choice was intended to reward the value of accessibility, especially for celiacs and gluten intolerant. In fact, almond flour is totally gluten-free. The absence of gluten is not the only quality that this flour can boast, in fact, it is characterized by a different flavour than usual, much more full-bodied and able to fully enhance a simple but precious recipe like this.

Among other things, it incorporates most of the characteristics of real almonds. Therefore, almond flour is very rich in vitamin E and vitamin K, two very important substances as they are capable of exercising an antioxidant function. This flour is also rich in potassium, magnesium and phosphorus. In addition, it retains most of the omega-three fatty acids of whole almonds, which bring various benefits to the body, including some support for the cardiovascular system and cognitive function. Although almonds are quite caloric, their flour is characterized by a caloric intake quite comparable to other cereals.

Here is the recipe for the pumpkin and almond cake:

Blend the pumpkin pulp, then pour it into a large bowl and add the eggs, brown sugar, orange zest, almond flour and chopped rosemary. Stir until you get a uniform mixture. Now grease a pan with butter, pour the mixture and place the shelled almonds. Finally, cook for 35 minutes at 180 degrees and finish with a sprinkling of icing sugar.