Turmeric, if inserted in a context of healthy nutrition and physical activity, can help you lose weight and burn fat. Let’s find out what are the slimming properties of turmeric, why it helps to lose weight and how much to take to get the beneficial effects.

The turmeric ( Curcuma longa ) is a plant belonging to the family Zingiberaceae, typical of eastern countries with a tropical climate and high rainfall. The elongated and oval leaves welcome flowers from whose rhizomes this powerful and pungent coloured powder is obtained, following a series of processes. 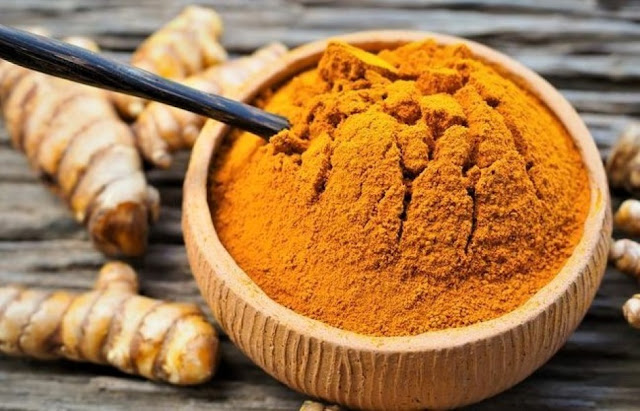 In addition to being rich in vitamins (B, C, E, K) and various minerals, the main and most characteristic component of turmeric is curcumin, an extract also used as a dye as well as a food supplement, which contains many properties, making the spice very useful for the well-being of our body, under different aspects, including weight loss.

Turmeric has antioxidant properties (which transform free radicals into harmless substances, thus also slowing down the cellular ageing process) and anti-inflammatory (reducing the expression of prostaglandins), as well as healing properties (in India it is applied locally in case of various epidermal problems), antibacterial (preventing the bacterial structural proteins from assembling together) and analgesic; moreover, it reduces the concentration of LDL cholesterol and strengthens blood vessels, improving the health of the entire circulatory system.

In short, many parts of the body can benefit from the positive effects of turmeric, and even the basal metabolism draws important benefits from its consumption: this spice, in fact, has strong slimming properties.

Turmeric for weight loss: why turmeric makes you lose weight

Now let’s see in detail how and why turmeric makes you lose weight and how much to take to benefit from all its virtues.

When a weight loss program is planned, it is important to be able to include turmeric in your daily diet, thanks to its ability to act directly on fat cells.

In fact, it, first of all, stimulates the adipocytes to secrete and release adiponectin, a molecule able to stimulate the body to release and use the accumulated fats in the form of reserve, and also helps the liver to work in better metabolizing the fats introduced during meals, especially those deriving from complex carbohydrates and refined sugars, which are more difficult to digest.

But not only the turmeric has slimming properties as curcumin also acts at a deeper level, playing an important role in countering the so-called low-level chronic inflammation (or low level), caused, among other things, also from ‘ obesity, and a crucial starting point for the development of different diseases such as type 2 diabetes, atherosclerotic changes, insulin resistance, depression and even cancer.

The turmeric helps you lose weight also because it makes you feel fewer hunger pangs as it stimulates the correct function of a hormone, leptin, a molecule produced by fat tissue that goes to adjust the sense of satiety. In obese people there is a resistance to leptin, so the satiety signal is unable to reach the brain effectively: hence an increasing desire to eat and a sense of hunger.

Even the stagnation of liquids seems to be “averted” by the action of this powerful spice, given its ability to act both on the circulatory system and on the lymphatic system, which is more responsible for the formation of fat pads and the annoying orange peel skin. In this regard, turmeric can be used not only from within but also through the local application of special anti-cellulite compresses.

That’s not all: turmeric, in fact, also helps to keep blood sugar levels under control and to improve the metabolism of sugars introduced through the diet. In this way it is avoided that continuous glycemic peaks (the main culprits of hunger attacks) can occur, which lead to frequent high levels of insulin, causing the production of inflammatory prostaglandins and activating the process of lipogenesis, i.e. an increased production of fat in the deposits.

Finally, the use of turmeric is also recommended to avoid abdominal swelling caused by prolonged fermentation of food. This is made possible by the fact that turmeric stimulates the production of bile and therefore favours the digestive processes, especially when carbohydrates and fats are involved: a valid help to have a flatter stomach and to avoid post-prandial heaviness.

How much turmeric can you eat each day to get the weight loss effects?

Every day it is possible to consume up to two teaspoons of turmeric powder, to be used in addition to salads, yoghurt, as a flavour enhancer after cooking.

However, in order for it to be more absorbed by the body, it is necessary that turmeric is combined with particular foods that increase its bioavailability, such as black pepper (just add a few grains of ground pepper to the turmeric powder and mix), a vector fat such as oil or butter, salmon and oilseeds (this is because turmeric is lipophilic, i.e. it mixes well with fatty substances), dark red or blue foods containing quercetin, such as berries, green tea, red grapes, but also spinach, peppers and raw cabbage.

For this reason, tasty and nutritious smoothies can be made that combine some of the above foods. For example, combine a cup of coconut milk (or other plant milk) or green tea, a handful of red fruits or a slice of pineapple cut into small pieces or, alternatively, some green leafy vegetables, a sprinkle of turmeric. and a pinch of freshly ground pepper, you pass it all in the blender and … good drink at all!

Do not assume if …

The use of this spice is not recommended for those suffering from gallbladder stones or ulcers. Caution should be exercised in its consumption when you are following a treatment based on anticoagulant or anti-aggregating drugs since turmeric makes the blood more fluid. Same rule in case of pregnancy or breastfeeding: it is better to consult the opinion of your doctor.